There are many different graphs that plot the velocity of the stars vs the distance of the star from the center of the galaxy. Figure 1 is of particular interest. 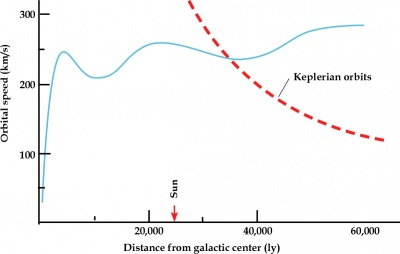 Figure 1: Velocity of the Stars \cite{blue-curve}

In Figure 1 , the blue line is the measured value and the red line is the calculated value. It is clear from Figure 1 the measured value is too high when the distance is below 35,000 Light Years (LY) and it is too low above that distance. It is the part that is too low that seems to cause the scientists problems. Other graphs of the orbital speed are shown in Figure Figure 2 and Figure 3 . 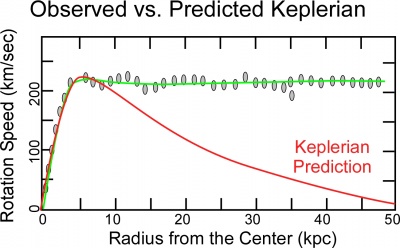 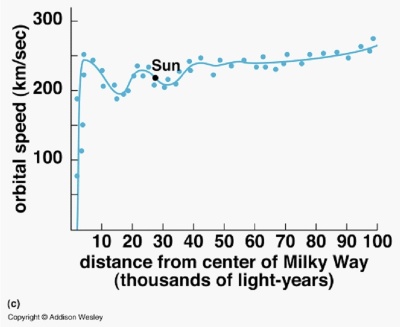 One equation that can be used to calculate the velocity of an object that orbits another object is shown in Equation 1.

So, the scientists are left with M, the total mass of the galaxy and this must increase in some way. You have to give them credit for all the work that they do to show that visible matter is only about 5 percent of the mass needed to get the correct velocity. The other 95 percent is dark matter and dark energy.

The Particle Model concept for shielding is based the interaction of G1 with an object. As the G1 enters an object it can pass straight through, it can hit the atom and push it, and it can get trapped by an atom and become an orbital. When it hits or when it gets trapped, the result is fewer G1s leaving; and this is the same as Le Sages shielding.

Figure Figure 4 shows the structure of the Milky Way galaxy. 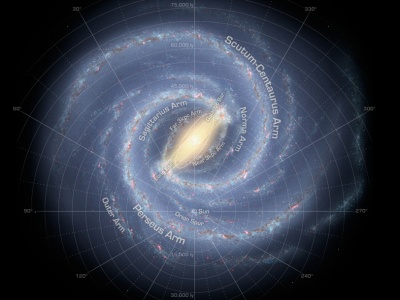 There is a core in the middle in the shape of a rectangle, two major arms coming from the two ends of the core that orbit around the core in the form of a spiral. There are smaller arms in between the core and the two major arms. Figure Figure 5 is a simplified drawing the galaxy as viewed from the side. 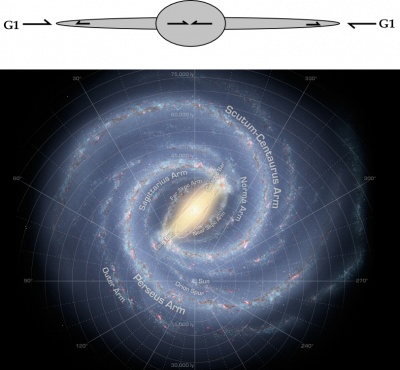 Figure 5: Side View of the Milky Way 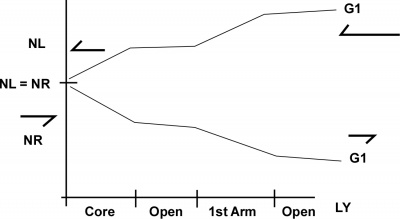 Figure 6: Graph of the Number of G1s

When Equation 3 is used to calculate the force throughout the Milky Way galaxy, then the values can be substituted into Equation 2, and the blue curve should be developed. This calculation is using the Particle Model equation for gravity that includes shielding and does not use G.

Equation 4 is the basic equation for G. Equation 5 is for a given distant star and Equation 6 is for our solar system. Finally, Equation 7 is Equation 5 divided by Equation 6 to provide a ratio for the value of Go relative to Gs

To obtain the value of G, The blue curve of Figure 1 was placed on a grid and values of velocity and distance were obtained. The data is plotted in Figure Figure 7 . 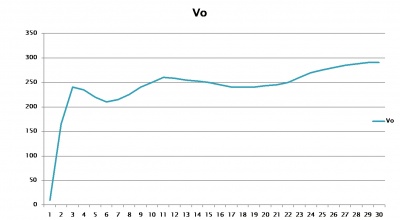 Figure 7: My Plot of the Blue Curve

Using the same data points, the value of Go can be calculated using equation5. These values are shown in Figure Figure 8 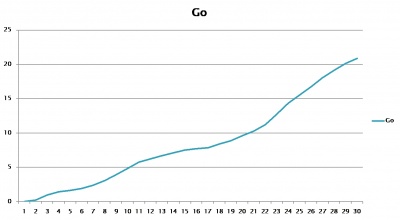 Figure 8: Plot of Go from Data

The mass of the galaxy can be calculated from any point in Figure Figure 7 using the following equation:

Equation 8 gives a value of